How many pixels and megabytes do we really need to express ourselves? The answer usually seems to be more. But PET.CORP suggests something else. They work with text characters and small scripts to create surreal, meditative, frenetic and beautiful works of art. All their works in this exhibition was made with only a few kilobytes of code and a “palette” of 256 predefined text characters.

PET.CORP uses a set of text characters known as PETSCII. It was embedded as a font in the Commodore 64 computer from 1982, which is exactly what PET.CORP uses for their visuals. Nothing more, nothing less.

While some of their work is made with a traditional frame-by-frame animation (365 — 1 Year of daily GIF, 2016) they mainly work with scripts that run as programs while you are watching it. They are not videos.

PET.CORP also invited Goto80 to be part of the exhibition, partly to show their joint effort Shirbum, but also to exhibit his Robot Music Non Stop (2019) where a robot uses a PETSCII interface to create music on the fly. 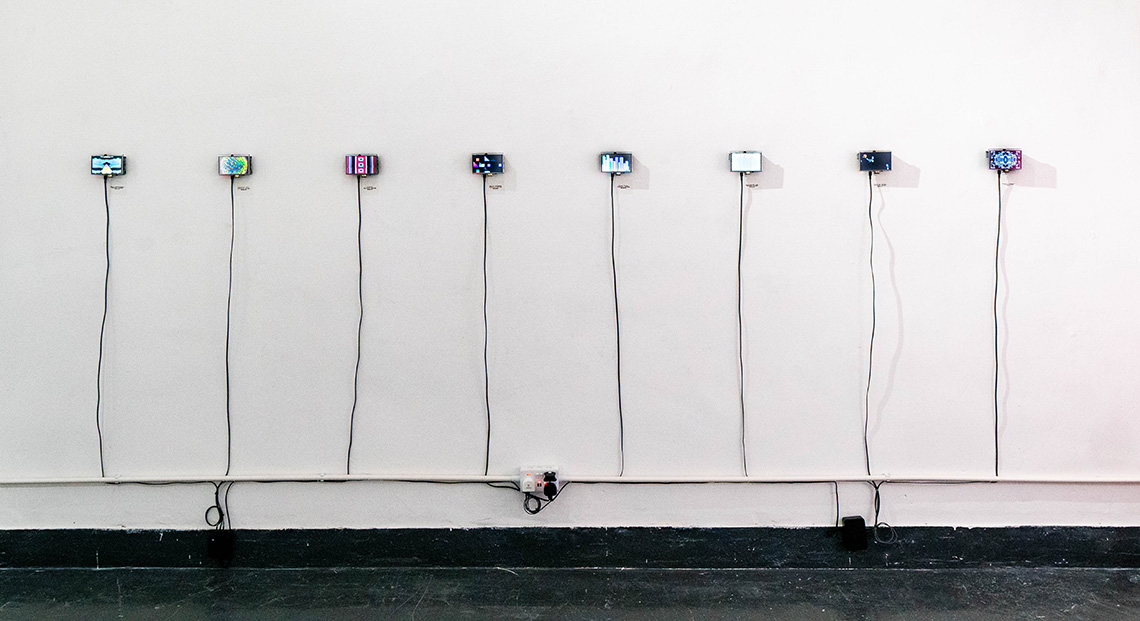 Made specifically for this exhibition, Universal music machine is the first step towards a generative music sequencer based on PETSCII characters. By representing music as arbitrary text characters, it effectively disconnects the user from any unnecessary preconceptions about music. Interact with the music using the gamepad.

An animated PETSCII journal where each GIF is inspired by something that happened that day. The animations were posted on Giphy and other social media, and were picked up by a number of art & design magazines.
For the whole collection visit ello.co/ailadi 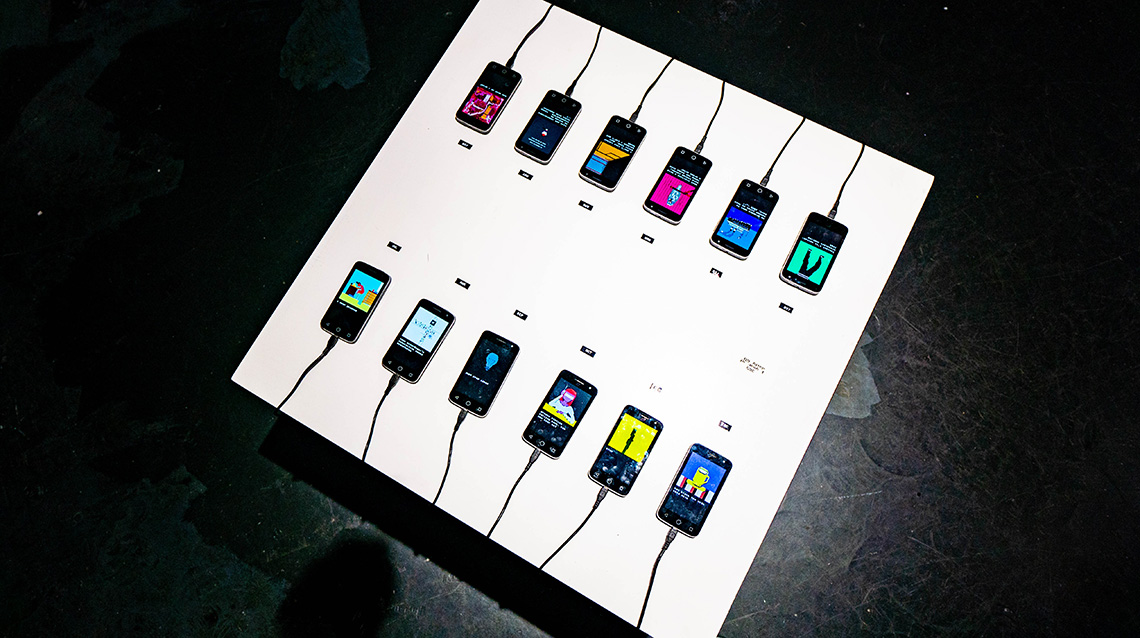 Born out of on an on-going exploration of robots and music, this robot creates its own endless stream of music using simple procedures, as conditioned by Goto80. All the sounds are made with the Commodore 64 and routed through a delay pedal to add echoes to the music.
www.goto80.com/robotmusic

Shirbum is a combination of shirt and music album, made by PET.CORP and Goto80. The album is accessible through a QR-code on the shirt that can be scanned with a smartphone to instantly play the album. The print on the shirt shows one of the songs from the album, as it appears in the C64-software it was made in.

PET.CORP (The PETSCII Corporation) was founded in 2015 in Hong Kong and consists of the visual technician Ailadi and the IT-chef Jambonbill.

They create graphics and animations using only the ASCII character set of the Commodore 64, known as PETSCII. Their creative process is often centered around the generative capabilities of their own custom tool, Pet Shop Pro. It is used to make moving, generative drawings and interactive works, as well as printed materials & textile patterns.

Jambonbill — Besides coding tools & generative graphics, he started making gameboy music under the name ‘Sidabitball‘ during the 2000’s in the original Gameboy renaissance in Europe. As one of the founders of the Micromusic ParisHQ – a loose constellation of people that

organized concerts and events for low-tech music – organized and performed at numerous 8-bit music events around Europe.
He is still notorious for his energetic Gameboy performances, full of playfulness and big beeps. www.sidabitball.com 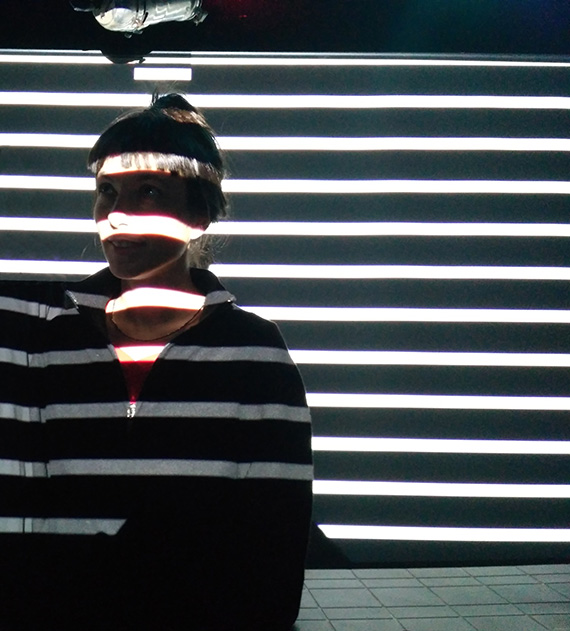 Ailadi — Often works with self imposed constraints and daily iteration of a creative task on a yearly basis. Her drawings combine a critical observation with a funny & ironic style. She uses different media from paint, to digital, to inflatables, textile, text-mode.
www.ailadi.com

Goto80 is a Swedish artist and researcher. He has performed with a Commodore 64 since 2000 and his music ranges from hypnotic ambient to frenetic breakcore.

Header video by @nickoletsgo and photo courtesy by @69.mov